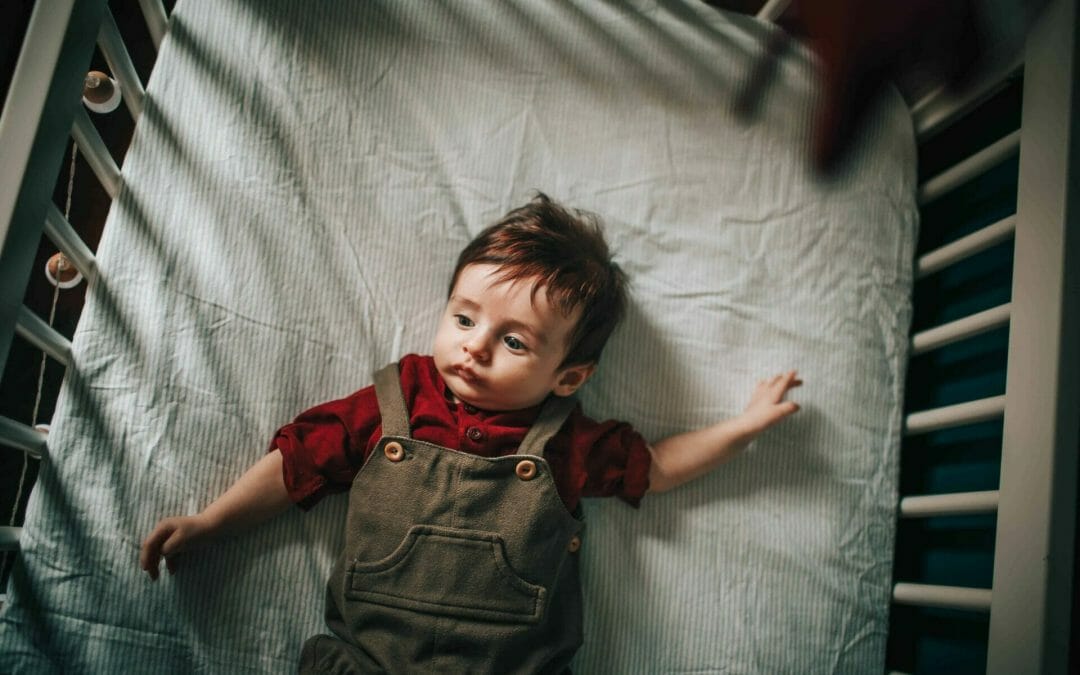 This of course does not mean that it won’t completely spook you when you walk into your child’s room and see them. What is called zombie-like sleep won’t last long. Usually it will stop by the time your child is twelve to fifteen months old.

Sleeping with their eyes open, also called nocturnal lagophthalmos by your doctor (don’t even try to pronounce that one) is not a problem. It doesn’t mean that your baby has a problem sleeping. It is also quite common in older infants.

The reasons why some babies will sleep with their eyes open isn’t known for sure. No one has ever done a lot of research on the subject. Pediatricians believe that it may have to do with the baby spending more time in what is called REM sleep.

If your baby’s zombie type sleep is troublesome to you then you can stroke his or her eyelids gently until they close. Many parents are quite bothered by their baby sleeping with their eyes open and will take this measure once they are completely asleep.

If your child has not stopped sleeping with their eyes open by the time they are about 18 months old then you may want to consult a pediatrician about the issue. It may still be perfectly normal or it may be that a very rare eye lid malformation could be keeping the baby’s eyes open.

Evidence says that in many cases, sleeping with the eyes open can be hereditary. If you or your partner sleep with your eyes open, or did so as a child, the baby may have inherited the behavior from you.